Maveracream® is the brain child of German medical doctor Michael Klaus. Born in 1959 in Neumünster in northern Germany, he grew up in a small fishing village on the Baltic Sea where people don’t like using many words. For Michael this led to a desire to meet other people and he started to explore the world starting with a tour of Europe and America. In 1980 he started his university studies with a view to become an environmental engineer, full of idealism to save the world.

While completing this first diploma in Berlin he realised that the salvation of the world is rather complex. Consequently, he limited his ambitions somewhat and he decided to focus on helping people and make a career change to medicine.

After completing his medical studies in 1990, he trained and worked in different medical areas, including internal medicine, industrial medicine, dermatology, neurology, orthopaedics, chiropractic and rehabilitative medicine. Between 1998 and 2006 he had his own general and emergency medical practice in Kiel, Germany. 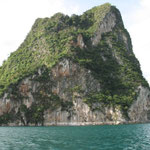 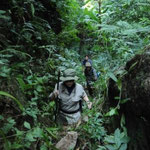 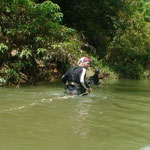 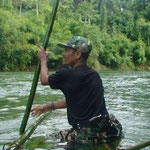 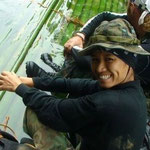 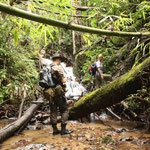 When he moved to Thailand in 2006, he became interested in Thai natural medicine, with which he came into contact while hiking trough different wildlife sanctuaries on the Malayan peninsula (special thanks to Sasha Kraft and his Outdoor Explorer-Team). One of the highlights was Khao Sok National Park, which is older and more diverse than the Amazon rainforest.

Hiking through the area, he arrived in a small village one evening and was asked to spend the night there for protection from bears and tigers. For dinner, rice was cooked with the rind of mangosteen, which proved to be a culinary as well as visual sensation. The people also used mangosteen juice for external application on wounds, well aware that trivial injuries can easily turn into serious wound infections in this tropical climate, with dire consequences.

Michael was entirely convinced by his own observations that this valuable knowledge and the healing properties of mangosteen needed to be made available to the rest of the world. The only question was how.

And so the idea of a healing cream was born.

Michael set out to put together a team of specialists and experimented with different ingredients. Today the amazing healing properties of mangosteen, also enhanced by other natural substances, are available to you through the Maveracream® range.